Research Point 4 – page 64 – illustrators who have created a sense of ‘us and them’ or ‘otherness’.

Source a range of images in which illustrators have created a sense of us and them or ‘otherness’.  Read the images and identify how you think they have done this.

Think about how they could have represented the subject differently, to avoid creating such a distance between them and the subject.

You may want to look at contemporary reportage illustrators, historic examples or browse through the Bridgeman or VAD image archives.

Write a brief summary of your thoughts in your learning log.

There are many examples of ‘otherness’ expressed in society today.  Many of the ‘us and them’ situations are related to society having a distinction between those that are perceived in a group and accepted and those that are not in that group or accepted.

We create groups to attach ourselves to those that are our ‘tribe’.  We have similar things in common, and those outside of those interests and beliefs become the ‘other’.  They don’t share our views or habits or beliefs so therefore they are not in the group.

For the purpose of this research I’m choosing to focus on illustrators who created imagery of Christopher Columbus discovering America.

There are many illustrations and paintings depicting this moment.  Christopher Columbus set forth to discover new lands in Asia from Spain, and was funded by King Ferdinand II and Queen Isabel I.  It took some convincing to get the money, so on this knowledge you could assume that Columbus was under pressure to produce results.

His recounting of discovering new land, meeting with the natives and conquering areas, led to a variety of grand expressions of it.  There are four examples of imagery created to represent the moment when Europeans met Native Americans, that I want to focus on to understand how that was directly expressed in the compositions.

In each image there is a very clear left, right or centre alignment for the key figures.  Columbus is clearly identified by his confident stance.  In the top left image he is holding out a gift and the natives are unclear on the object.  The have never seen it before, their faces are a mix of wonder and fear.  Columbus is distinctly depicted as wielding the power here and the person with knowledge.  We are led to believe that the natives are gormless, ignorant and without any knowledge.

In the bottom right image we see there are some natives running away from the oncoming ships in the background.  The lean back of some of the main figures also depicts a wary quality to their interaction.  In the area denoted with a triangle, we see conflict and a large cross being wrestled with.

In the figure of Columbus in the bottom left illustration, we can see him commanding a group of natives as they recoil in fear at the eclipse occurring.  He is pointing, instructing and teaching them.

There is no sense of equal meeting in these images.  There are distinct lines of ‘them’ and ‘us’ and there is a clear portrayal of power, knowledge and ignorance.  Columbus has arrived on their shores and confidently set foot on the land and declared it as his discovery.  He comes as an educated man, from Europe who has brought gifts to the ignorant.  The half-naked depictions are in stark contrast to the richly adorned Columbus and soldiers.  Their ships are dominant in the images and their oversized religious crosses pander to the theatrical.

By comparison, another image sourced shows trading between the natives and Africans.  This image, although I couldn’t source it, is freely shared online as a source of imagery that contradicts the claim of Columbus being the first to discover America.  Aside from the historical aspects to it, from the point of view of depicting ‘us’ and ‘them’, it is an excellent example of a ‘togetherness’.

The composition has a confident native in tribal clothing, not half naked, meet the tribal leader of those arriving.  The ship is in the background so isn’t threatening, the people coming off the ships are half dressed and bearing gifts.  There is a distinct difference here where there are people arriving on the land, bearing gifts or possibly bringing items to trade, and there is a native leader greeting and being prepared for their arrival.  It doesn’t denote fear, but more of a sense of formal greeting and togetherness.

By comparison, the de Bry illustration on the right has that clear separation between those arriving in a confident and empowered manner and those on the island appearing to be caught on the back foot.  Their stance is one of recoiling from who just arrived.  Even the staff Columbus is holding cuts the illustration in half to separate it further.  There really is such a strong sense of ‘us’ and ‘them’.

The use of ‘red’ in the paintings and illustration also denote power, and the quantities of it are a good sense of expressing who had the power in the meeting for the purpose of that image. 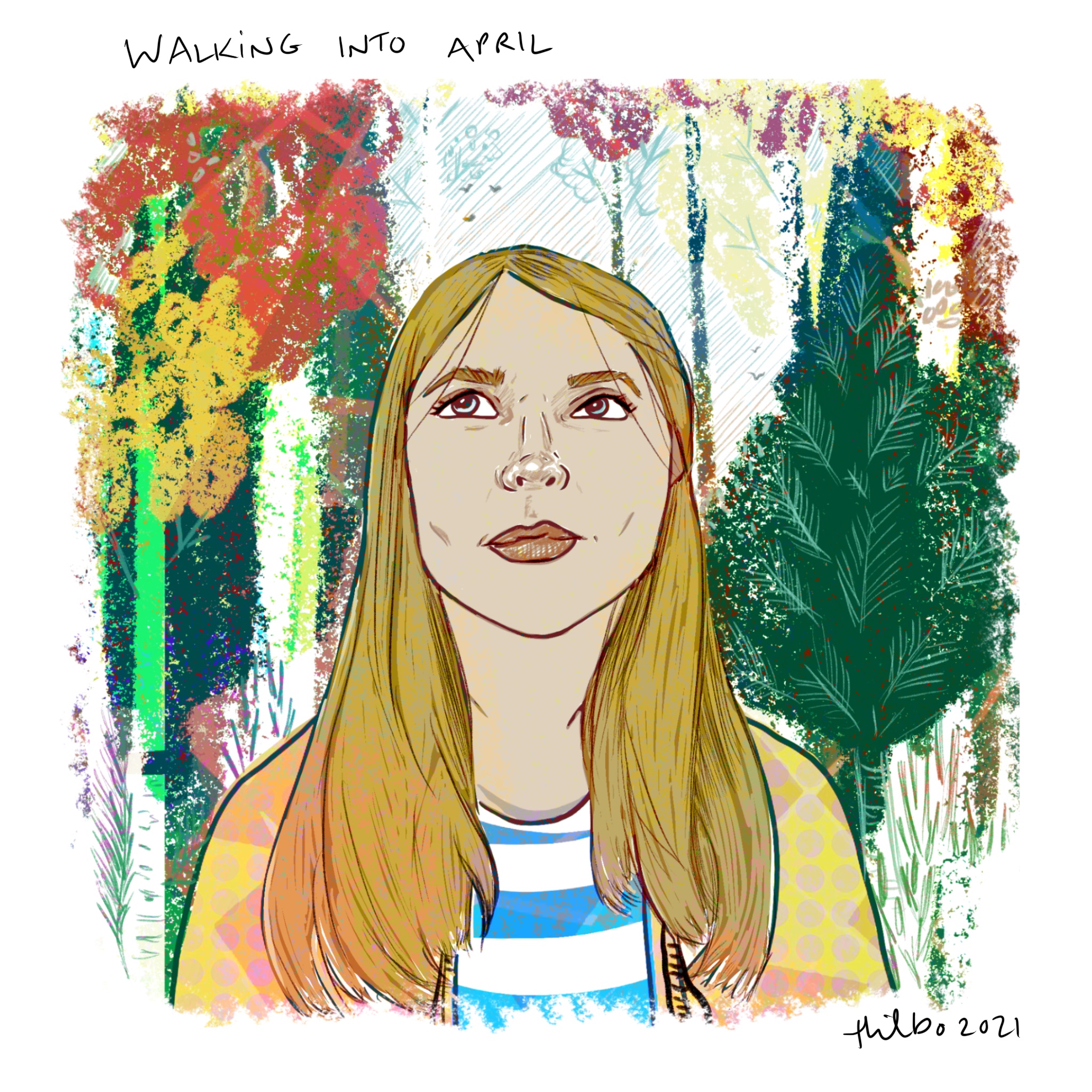