Projects 1-3 with Exercises complete except of Project 3 Exercise 3.

I’m posting up a range of images that were produced for the exercises in Part 2 as a way of moving forward.  It turns out that nagging doubt about things in the back of my mind was well founded.  The reason wasn’t clear at first, but the reality became apparent after discussing my situation with student support.

The drawing skills 1 is aimed at fine art students and is ideal for those pursuing the painting course.  There are those that would benefit from it on the other courses, if it is something you haven’t explored before.  I had hoped it would develop my skills in perspective and figure drawing to assist with illustration.

The fine art aspect however was taking me away from what I wanted to do thus stressing me out a lot.  The time constraints became really real and I came to the unfortunate realization that it wasn’t a good match for me right now.  I’m continuing with it in a non assessed manner so that I get the benefit of the course at the pace that works while still pursuing the Visual Comm degree.  I love graphic art, strong bold lines, comics and animation.  This is where I want to take my art.  I hope to do that.

So the exercises uploaded are aimed at helping anyone in a similar dilemma and hopefully help others on Part 2.  I’ll post stuff up still but it won’t be in the context of fine art as much.

Shells from the beach using polychromos pencils, charcoal and pencil.

Shells were put onto different coloured paper to test which one would make the shells pop.  It was interesting to see how the tones in the shell changed according to the colour of the paper too.

A successful range of images produced as the ridges in the shells were interesting to draw and a subtle coral pink could be detected in the shells when placed on certain coloured paper.  The tones were difficult to achieve using a charcoal stick and I felt that the polychromos pencils stood up to the task better.  Sketchbook was A5 as the pencils are tougher to use when a4 or bigger paper is used.

I’ve used the same pepper for a couple of exercises here to keep a constant in this and explore the lines, media and colours.  Here I used a technical pencil and H pencil and dip ink pen.  Of all of them I felt that for getting lines the technical pencil was easier.  A HB lead was used and it worked well.  The H pencil wasn’t great and a better option would be a softer lead.  The dip ink pen was lovely and scratchy but more difficult to get some soft tones in it.  A drop of water perhaps could have worked well here, but I wanted to see what the lines would do.

This worked nicely.  The polychromos pencils again, this just made the whole blending of colours such a fun experience and the colours used were great and easy to overlap.  There was a point where I had to use black to make the shadows pop more but overall the pepper done this way was enjoyable.  There is the same issue coming up again. The size of the paper being used.  It was a3 again but I’m drawing small.

Pepper as the constant I found that the posca gave a rather interesting finish to the half pepper image as there wasn’t a blend option.  The whole pepper was stronger in colour because the markers were used but again there was no blend option.

The watercolour brushes are okay but I found them tricky to use.  Not the tools but my use of them rendered them awful here, but the colours were stronger in the brush pens than the travel kit.  They just looked muddy from the kit.  So posca win for sharpness but the brush pens could be used better.

Lemons some cut and quartered, in a fruit bowl with a net over them.

Lemons in a white bowl were used for this exercise as the combination of the net and the glossy sheen from the juices were an interesting challenge.  Polychromos pencils were used again and I found that although this was a monochrome drawing, some of the pencil colours used to achieve it were not what I imagined they’d be.  The slight shadow cast inside the fruit bowl had an aubergine type colour in it so I added that in.

I printed off a picture of the fruit bowl I had photographed.  There were a number to choose from but I felt this was the best composition as it gave me the net, various shades of yellow (although it looks more orange in the pic) and the flesh of the lemon.

So in this image they look very yellow, in the printed version they don’t.  The composition of the image in that the lemons take up 2/3s of the frame is also what drew me to it.  The image above it would have been interesting too as it appears more centered.  Either way it was interesting to see how the colours went in it.  It was difficult to avoid it going muddy but dodging the use of black seemed to help.  The net was tricking as hell and isn’t clean looking but it got included.

both of these were with a dip ink pen and for the top one I used a brush with water to push the ink out more or give a stronger contrast.

I used a viewfinder for this exercise as a way to try and find a good composition first.  This had a lot of straight lines in it but I loved the black on white from the frames of bookshelves, pictures on doors and the mirror.  The shadows being cast were interesting too.

The viewfinder helped as I drew on it in whiteboard marker.  It helped to think of the lines as just that rather than put a noun on it like ‘door’ or ‘frame’.  This way I was more interested in how the lines met.

I used charcoal as it was easier to get the blanket of colour down and lift off the lines with a rubber.  It worked to some degree but again I’m working small, even though it was an A3 pad!  I didn’t use the FULL page. 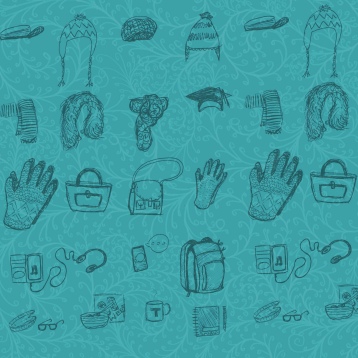 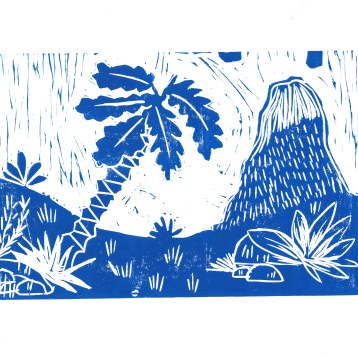 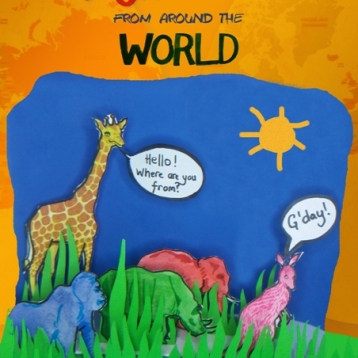 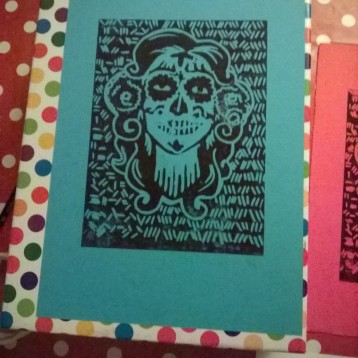 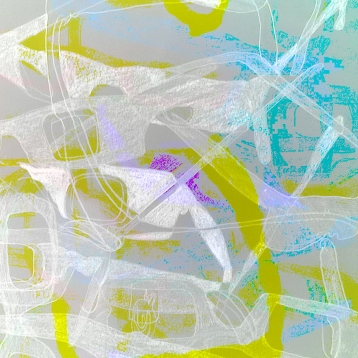 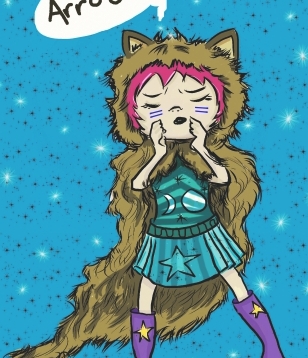